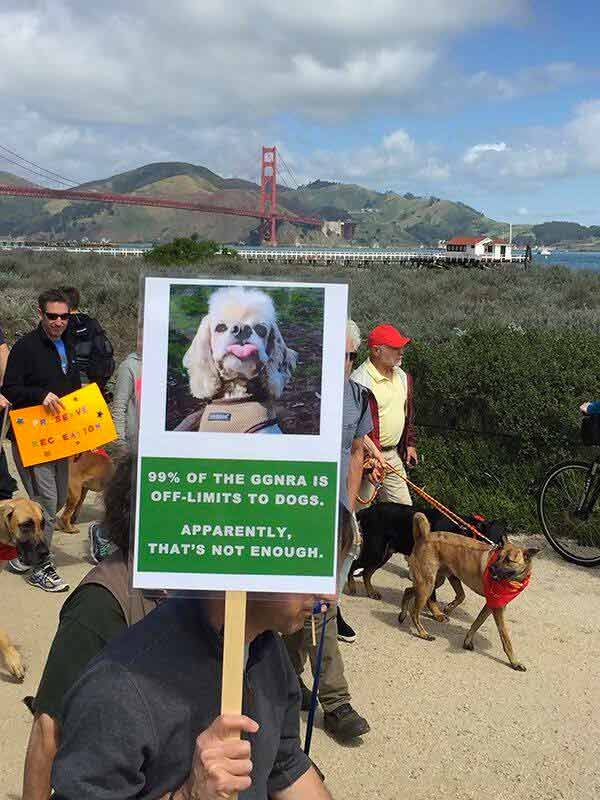 With Bay Area populations growing and Golden Gate National Recreation Area (GGNRA) lands being ever more heavily used, the National Park Service (NPS) in 2001, under the guise that dogs were harming wildlife and the environment, first moved to severely reduce the areas where four-legged companions would be allowed, both on-leash and off.

Existing rules defining dog-friendly trails and beaches had been established in 1979, allowing dogs on approximately 1 percent of the 80,000-acre patchwork of public lands spanning three counties. Various iterations of the proposed GGNRA Dog Management Plan were produced in ensuing years. The final draft would have banned dogs from 90 percent of existing off-leash space, half of on-leash trails and all access in the San Mateo County portions of the GGNRA.

Needless to say, the proposal elicited howls of protest—and calls to action from irate dog owners. Marches were organized and thousands of protests were logged during open-comment periods. A coalition of advocacy groups representing dog owners in the three impacted counties demanded repeal of the proposed plan and review of the Park Service records. Their efforts appeared to be of no avail until 2015 when pro-bono attorneys at San Francisco law firm Morrison & Foerster, Chris Carr (now at law firm Baker Botts) and Navi Dhillon, became involved. Repeated requests for records to the GGNRA pursuant to the Freedom of Information Act (FOIA) were made. The agency refused to respond at all, in violation of FOIA. Next it dragged its feet in providing responsive records concerning the dog planning process and onerous restrictions on dogs in the park, again in violation of FOIA.

Finally, with the dog planning progress racing forward in the spring of 2016, Save Our Recreation and other dog groups were forced to file suit to secure the public’s rights under FOIA. In late November 2016, the GGRNA finally turned over e-mail correspondence that revealed a conspiracy among GGNRA officials and dog restriction advocates, environmental groups and “park partners” to team up to lobby elected officials and write op-eds to counter the concerns of the plaintiffs and other supporters of letting people walk their dogs in the Bay Area’s premier urban recreation area.

Even more disturbing, GGNRA officials and their co-conspirators purposefully carried out their collusion using the personal/private e-mail addresses of GGNRA officials, including the GGNRA’s Public Affairs and FOIA Officer, who also instructed GGNRA colleagues to delete e-mails that reflected this misconduct. With the GGNRA trying to ram the final proposed rules through in late 2016, this effort was thwarted by the posting on the “Woofieleaks” website yet more e-mails revealing the GGNRA’s record destruction, collusion with “park partners,” bias against groups supportive of dog walking, and use of private e-mails to orchestrate and conceal the conspiracy.

As a result, rather than publish the Dog Rule, in early January 2017, NPS was forced to put the rulemaking process on hold, pending the evaluation by an agency-appointed review. This review  was completed and on October 19, 2017, the NPS announced that it was ending the effort to impose more restrictive rules on people wanting to walk their dogs in the GGNRA.  On December 27, 2017, NPS published in the Federal Register its action withdrawing the Proposed Dog Rule, and announced it “has now cancelled [the dog management] planning process and terminated the associated NEPA and rulemaking processes.”

The bottom line: 1979 rules remain in effect, with a couple of wildlife-related tweaks to access at two San Francisco beaches and questions remaining regarding San Mateo County portions of the preserve, which weren’t added until after 1979. It’s big victory for dog lovers, and DogTrekker extends a hearty woof-out to all who helped make it happen!

Shipwrecks. Crashing surf. Gnarly cypress. Wildflowers. If you live in San Francisco, you already know about the spectacular… Read more.

What’s the biggest park in San Francisco after Golden Gate Park (1,017 acres)? We were stumped, too, until… Read more. 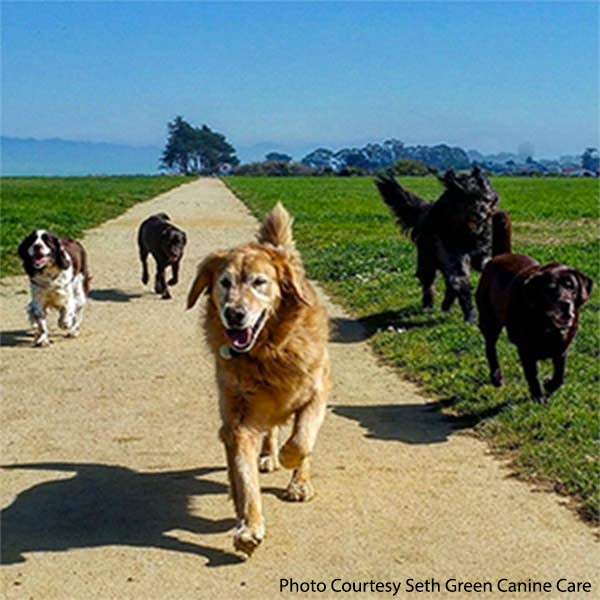 Join dog and recreation lovers from throughout the Bay Area on April 23 for a march and rally to… Read more. 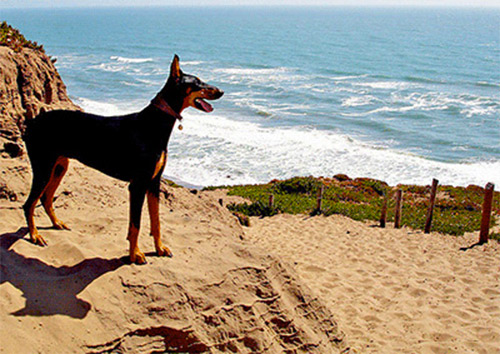 If the National Park Service’s proposed dog rule goes through, it will constitute the largest single reduction in… Read more.

Chasing waves with your pup

For water-loving canines, nothing beats fetching a bright yellow tennis ball from the surf and romping full speed… Read more. 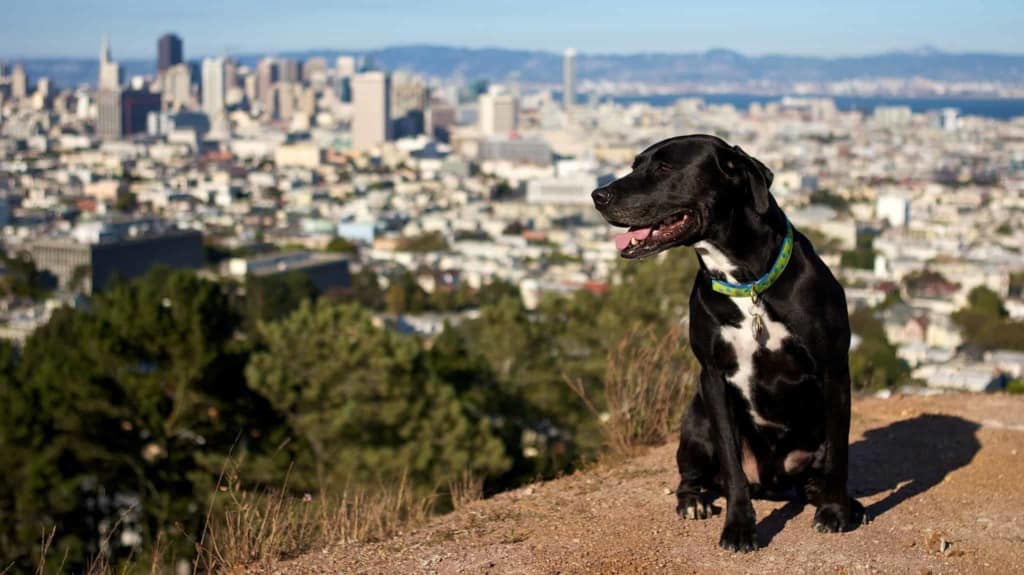 Is there a more dog-friendly big city anywhere else in the world? If so, we don’t know about… Read more. 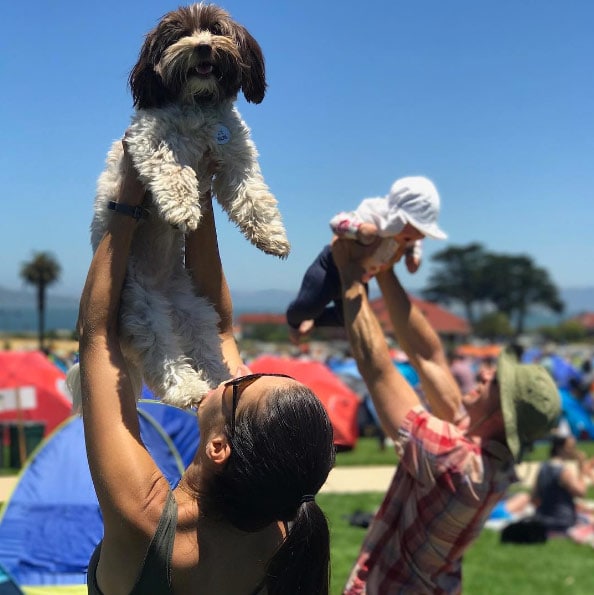 Make it a Meal Deal

Be sure to stash a few treats in your pocket so Spike won’t get jealous while the rest… Read more.