Marin County has long been a leader in land conservation, and the public has long been a beneficiary of its valiant efforts. The Marin County Open Space District manages 34 preserves set aside to preserve wildlife habitat, but people and pups can enjoy them, too. You’ll need a leash on most trails, but if your dog has a solid recall, you can unclip and let her hike free beside you on the many fire roads that crisscross the preserves.

Each of Marin’s open-space parklands has its own feature and flavors. Among the smallest is 193-acre Baltimore Canyon near Larkspur. A year-round stream and seasonal waterfall contribute to making this a popular destination for DogTrekkers. An easy, 2.2-mile hike leads down the shady center of the namesake canyon, and dogs under voice control are permitted.

Blithedale Summit Open Space, at 899 acres, offers more diversity and 6.6 miles of trails and fire roads on the north slope of Mount Tamalpais. The Old Railroad Grade Trail, shared with runners and Spandex-clad mountain bikers, follows the route of a tourist train that operated from 1896 until 1930. Terrain ranges from steep, open and rocky to deeply shaded redwood and fern groves. Dogs on leash are allowed on most trails and can go untethered on fire roads (although you may want to think twice about that on weekend days when fast-moving cyclists are about).

For a sense of wilderness, take your four-legged friend to Gary Giacomini Open Space, whose 1,476 acres include a fire road that traverses a windswept ridgeline with forever views. The San Geronimo Fire Road, meanwhile, runs five miles along the preserve’s southern boundary and connects with several other swaths of public lands. The 4-mile out-and-back hike is relatively easy except when the sun is beating down, so save it for a day when the marine layer provides relief.

If you wake up on a clear day itching for a hike that provides challenge, historical context and… Read more. 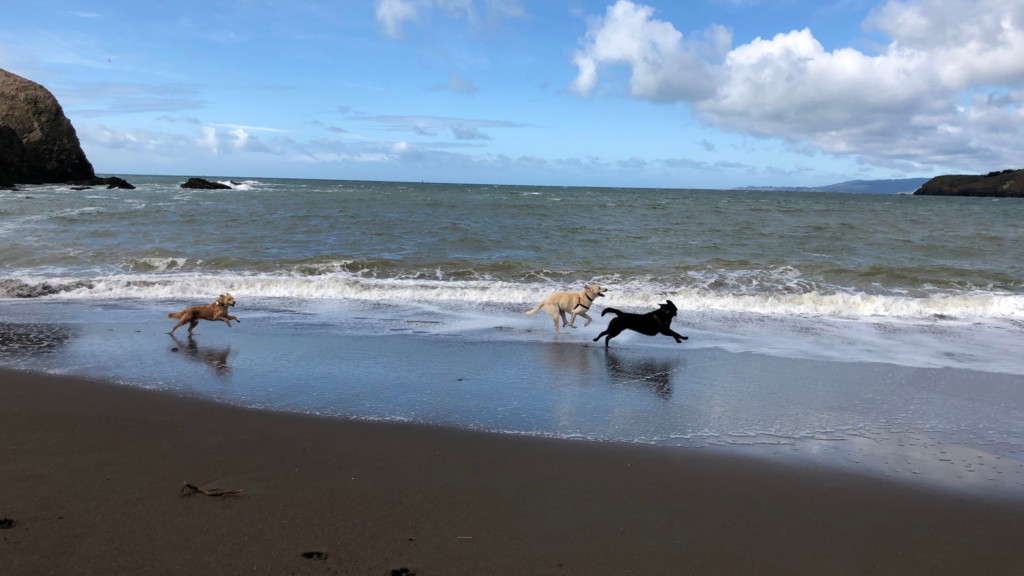 Make a splash in Marin

Marin County is spring-loaded with dog-friendly places, but we at DogTrekker have some tail-wagger favorites. Beautiful Muir Beach… Read more. 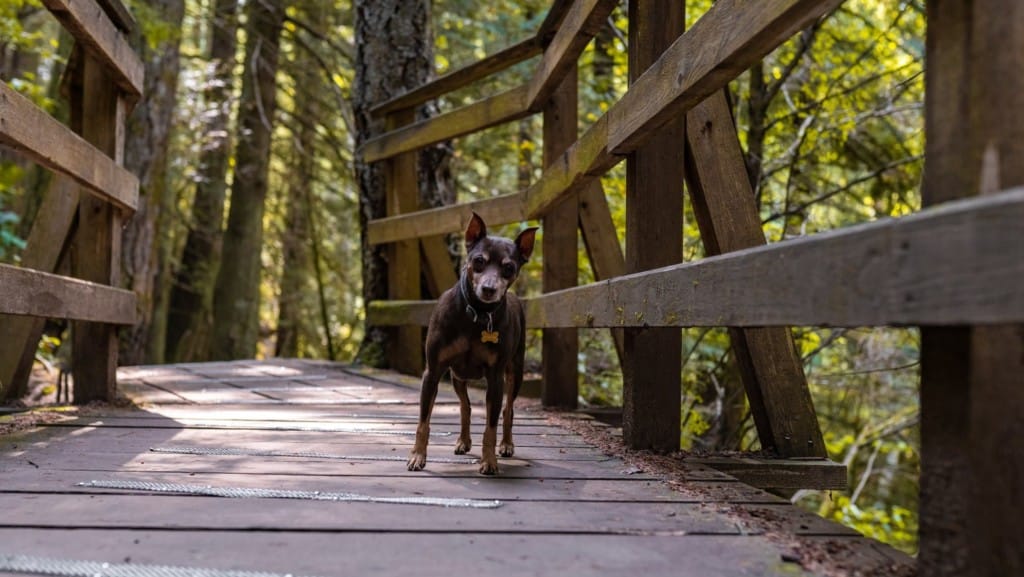 Despite its strenuous nature, the 2.5-mile round trip to Cataract Falls on the north slope of Mount Tamalpais… Read more.