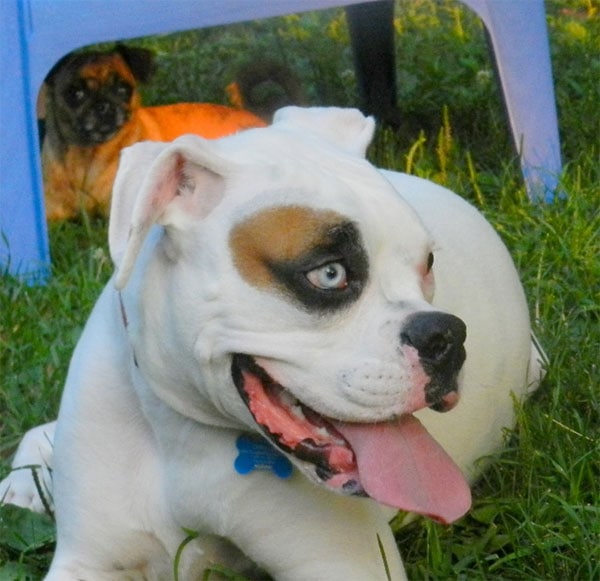 It all started with Nitro, a little white boxer pup with one blue eye. Extremely cute, the skinny little stray was a great favorite with the staff at the shelter in Salem, VA, who were pretty worried about his future, because Nitro was deaf. They were especially worried he'd get adopted by someone smitten by his looks and personality, and completely clueless about the keeping the dog safe and well-behaved.

Luckily, Christina Lee, who often stopped by to take pictures of the shelter dogs and post them on Facebook, saw Nitro, heard the story, talked with husband Chris, and was soon taking Nitro to join their three dogs and three horses on their farm. As they scoured the Internet for resources and training options, deciding ultimately to use American Sign Language for Nitro's training, they got deeper and deeper into the world of dogs who "hear with their hearts,” and, nine months after Nitro's arrival, launched DeafDogsRock.com as a resource for other families with deaf dogs. And, over time, three more deaf dogs joined their family.

Deafness occurs in many breeds, sometimes as a result of genes and sometimes a medical condition—often in high-energy breeds (Dalmatians! Catahoulas! Aussies! Bully breeds!) whose adopters are out of their depth as soon as the cute puppy gives way to the Terrible Twos. It's important to start working with the puppy—who, after all, thinks being the way he is is perfectly normal—as early as possible and develop good communication.

As a 501(c)(3) nonprofit working with partner rescues in the US and Canada, Deaf Dogs Rock helps that happen. Says Lee, "This year alone we sponsored 145 deaf dogs and puppies out of harm's way into the safe harbors of rescue where they go into foster care, then start their ASL and obedience training. They get socialized and many get to go to puppy classes set up by the rescues. We also list deaf dogs available for adoption for all the shelters in the U.S. So far we estimate 2500 deaf dogs have been adopted off our website since 2011." In California, they often work with Family Dog Rescue in the Bay Area and Deaf Dog Rescue of America in Southern California.

You can find out lots more about living with deaf dogs—and check out the dogs and puppies currently seeking homes—at DeafDogsRock.com. 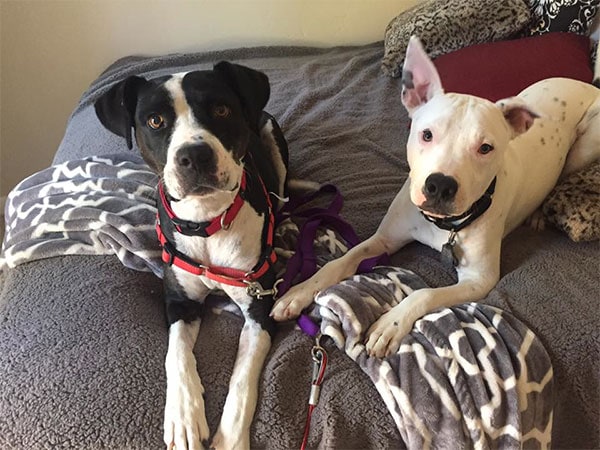 A few years ago, in the wake of harrowing treatments for a life-threatening cancer, North Bay resident Christine… Read more.