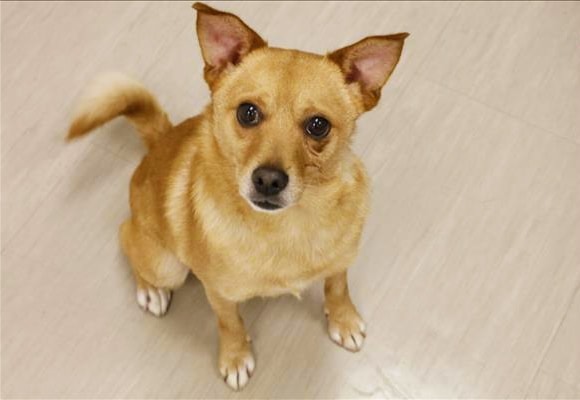 Meet Robin Hood! This foxy little guy, currently enjoying the hospitality of the East Bay SPCA while he awaits his new home, got his name for his free spirit and his resemblance to the Disney cartoon character. Now he wants to join your merry band. He's a young Chihuahua mix, but a bit bigger; like a small terrier. At 2, he's old enough to know his own mind; he's smart and independent, fond of making his own decisions. But he's also willing to listen to you and go along, especially if treats are involved. Robin prefers an adult family with no other dogs. If you're looking for an engaging companion for your adventures, he's your guy.

On August 27, East Bay SPCA hosts its annual Adopt-A-Thon at Jack London Square. More than 30 local animal groups and rescues will be on hand with hundreds of dogs, cats, birds, rabbits and reptiles in search of homes. If you're not looking for a new family member just now, there's plenty more to do, with a reduced-cost microchip clinic and lots of vendors with cool wares. Come join the fun and support a good cause! (And don't forget to stop by the DogTrekker booth and say hi! Or woof, as the case may be.)

Started in 1993 by a dedicated volunteer at the Oakland animal shelter, Hopalong Animal Rescue has been driven… Read more.