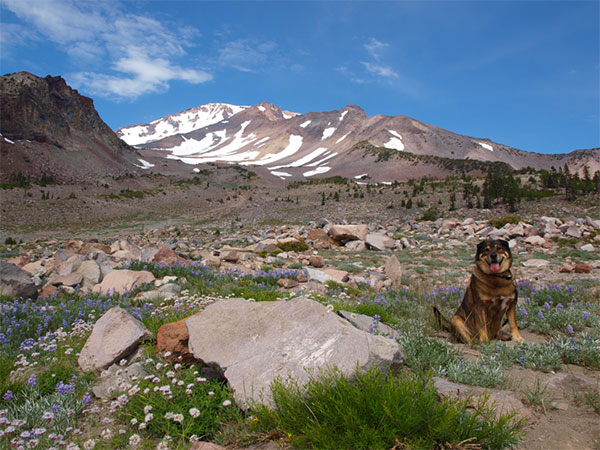 Fall is great time for a scenic-drive vacation, and it would be hard to find a better variety of options than in the scenic Shasta/Cascade region, which boasts 12 designated scenic byways, each with its own intrinsic qualities. The 500-mile Volcanic Legacy Scenic Byway, which winds through the least populated part of California, is one of just 21 routes nationwide designated an “All-American Road” by the U.S. Department of Transportation. It starts at Lake Almanor, east of Redding in the southernmost reaches of the Cascades, and winds north to Crater Lake National Park in Southern Oregon. Geology and nature are the main attractions, with the white cone of 14,162-foot Mount Shasta showing through the windshield much of the way.

Ready to chill? Make a detour from the byway in Mount Shasta City and follow the Everitt Memorial Highway partway up the mountain. “Highway” is actually a misnomer for this winding, two-lane road; “skyway” is a more apt description. The vistas are astounding—and so, for physically fit dogs and humans, are the hiking opportunities above the Old Ski Bowl ridge line and along the Gray Butte Trail accessed from the Panther Meadows campground at 7,500 feet. Bring a coat: you’ll encounter snow-covered ground even in October, before the first flurries of the season set in. Make a dog-friendly night of it in Mount Shasta City at the Best Western Plus Treehouse hotel or Shasta Starr Ranch B&B.

See You in Siskiyou

Heading north from Redding, DogTrekkers will find an abundance of Fido-friendly hike, splash, play and stay choices—too many… Read more.

Dog on a bike in Petaluma. The town of Sonoma might be the gateway to Sonoma Wine Country,… Read more.

Ready for adventure. Richard Masoner (CC) What’s the world look like from your dog’s point of view? Get… Read more.