Hop On Over to a Dog-Friendly Craft Brewery 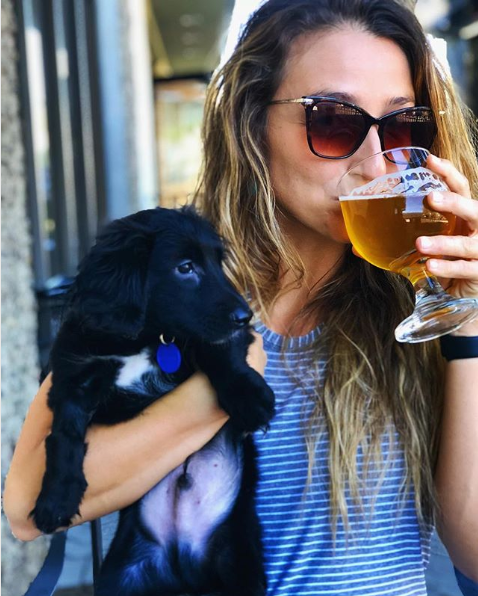 In the past few years, brewpubs have become all the rage, with more than 1,000 of them springing up across the state. So many are in San Diego that the city proudly calls itself the “Craft Beer Capital of America.” The main attraction is beer, of course, but another plus is that almost all of them are dog-friendly.

A place to start is Societe Brewing Company, which attracts serious craft beer fans and their four-legged sidekicks to its communal style tables. It’s a large, comfortable, social environment, and there’s usually a food truck outside for when the munchies hit. Dogs welcome inside as well as on the smallish patio.

Green Flash Brewing Company, flagship of a growing chain, is another dog-friendly magnet. There’s plenty of seating inside the 4,000 square-foot tasting room as well in the canine-accommodating beer garden serviced by The Green Flash Gastro food truck. And that’s not to mention 30 beers on tap.

New on the craft-brew scene is Bagby Beer Company in Oceanside, which boasts a Sunday burrito bar on its lower deck and lots of nooks, crannies and decks in which to hang out with your sidekick. Also on tap: great cocktails, lunch specials and a full-kitchen menu that swings from pub grub to pizza, salads, sandwiches and, of course, Mexican classics.

Want to keep exploring? Mission Brewery near Petco Park, where the Padres play, is a festive place with a dog-friendly tasting room located in a former Wonder Bread factory (“Builds strong bodies 12 ways!” is what the commercials used to say). Kids and dogs welcome.

Rattlesnake aversion training isn’t fun for you or your dog, but without it, your curious canine could end… Read more.

A River Runs By It

The McConnell Arboretum and Botanical Gardens at Turtle Bay Exploration Park in Redding is overlooked by many visitors… Read more.

Laid Back and Lovin’ It

The town of Sonoma might be the gateway to Sonoma Wine Country, but it’s hardly the only place… Read more.

One of our favorite destination apps for the iPhone and iPad this year is called the NorCalGuide. This… Read more.

Cities all over Northern California will be throwing Earth Day celebrations this coming weekend, and dogs are welcome… Read more.

Much Ado About Mushrooms

Spring rains (and even lawn sprinklers) bring forth mushrooms that pop up in your yard or spring from… Read more.

Woof It Up in the Wild

Many Mendocino visitors stay glued to the coast during their visits, but to do so is to miss… Read more.

Making the World a Doggier Place

Sniffing Out Scenery In Sierra County

Even during the summer high season, Sierra County, home to fewer than 4,000 souls, is off the beaten… Read more.