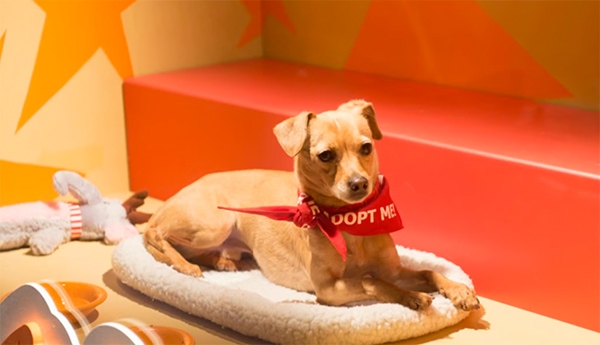 That’s French for “window licking,” an expression that in English equates to “window shopping.” But the French term translates (almost) literally when it comes to Macy’s Holiday Windows displays in San Francisco’s Union Square—only it’s puppies and kittens doing the licking.

Now in its 30th year, the annual event featuring adoptable animals from the San Francisco SPCA is a tradition that so far has found homes for more than 2,500 animals and raised more than $500,000 for an organization dedicated to ending animal abandonment in the city. Animals will be on display through Jan. 1. Come by between 5 p.m. and 8 p.m. on Dec. 8 with your own beloved pooch for a photo with Santa as part of the Santa Paws Celebration. A $15 ticket admits up to two people and two dogs and includes a printed photo with the bearded one.