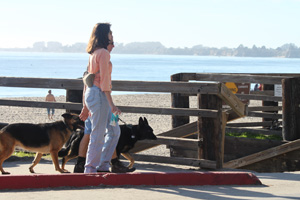 As co-founder and managing partner of DogTrekker.com, I was disappointed when I received your most recent 2013 California State Parks Foundation survey. As the non-profit, non-governmental advocate for our California State Parks system, the foundation has done a tremendous job of raising awareness of the need to protect, maintain and enhance our parks. Your outreach, education, fundraising, legislation and everything else you do is remarkable and much appreciated by those of us who have spent our lives enjoying the parks. DogTrekker.com demonstrated that appreciation in backing Proposition 21 in 2010. 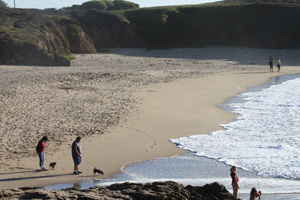 I also applaud your efforts to reach out and ask the opinions of those of us who have supported the parks over the years through donations, outreach, volunteerism and more.  As a long-time California broadcaster, businessman and journalist, I know how important it is to constantly reach out to your constituency to determine attitudes and other vital information that can be used to improve the user experience. However, something very, very important is missing from your 2013 survey—the mention of the word “dog.”  Out of the 10 questions you pose, with more than 100 different responses, not one mentions “a place to be with or enjoy hiking with  my dog.”

While a few state parks (celebrated as “State Secrets Worth Yapping About” on DogTekker.com) allow dogs on designated trails or beaches, most restrict canine visitors to parking lots, hard-paved roads and campgrounds. At most state parks, dogs are not allowed, even on leashes, on fire roads or trails.

As someone who has hiked throughout California with dogs for more than four decades, being careful not to “cross the line” between a dog-welcoming federal, regional or municipal section of land to ‘forbidden’ state property, I have always found state-park restrictions confusing and troubling at best.

Why do I feel so strongly that your survey should have addressed the subject of dogs? Here are five important reasons:

1. Travel with dogs, whether two miles or 200 miles away from home, has grown at an exponential rate over the past decade. Roughly 40 percent of Californians have dogs, and nearly the same percentage of leisure travelers take their pets with them on trips. Simple math tells one that approximately 15 percent of the entire in-state travel market is comprised of people who travel with their dogs. Dog travel has become a huge destination driver to the travel and hospitality industry.

2. According to DogTrekker.com research and site usage, hiking/walking with dogs is by far the No. 1 activity that dog travelers search out when visiting a destination, near of far from home.

3. An important part of the mission of the California State Parks is to create opportunities for high-quality outdoor recreation. This objective should apply to not just those who are hiking, biking, boating, fishing, riding horses, off-roading or participating in the other of the two dozen recreational activities cited in the survey. We at DogTrekker.com feel that in order to get a complete view of how Californians want to see their parks utilized, surveys must include at least one question about dogs.

4. As your newsletters, social media outreach and media continually remind us, our parks are in trouble. For more than five years now, our parks have faced closures, reduced maintenance, hours and staffing. Dog-owning California travelers generally know of the strong restrictions facing them in California state parks and for the most part stay away, venturing instead to dog-friendly county, regional or municipal parks and depriving the state of much-needed revenue. Anti-dog regulations also have a negative impact on economic activity in communities near the parks, especially in rural areas. 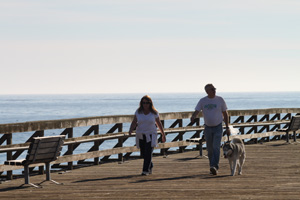 5. Even greater than short-term loss of revenue is the long-term impact of dog owners not visiting state parks. We hear from DogTrekker.com readers constantly that they and their families do not visit state parks because dogs are not allowed. We have an entire generation of kids who, merely because their family members include dogs, will not visit, enjoy and learn to appreciate the rich beauty and exceptional outdoor resources we have in state. This is truly a shame.

While I am a dog advocate, I also consider myself to be an environmentalist—and I do understand why certain habitats within our state parks must be protected. However, I go back to the success we’ve witnessed of allowing dogs on public lands adjacent to state parks with similar environments and terrain (Marin County Parks & Open Space, Marin Municipal Water District, East Bay Regional Parks District, GGNRA, to name a few) and often ponder the larger question of why is it OK to allow many activity groups to enjoy our state parks while dog owners are severely limited, at best. 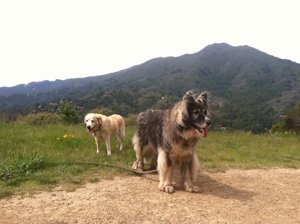 the question of economics, I once suggested to former parks director Ruth Coleman that an experiment be conducted whereby designated parks would be opened to dog access for a year. Dog owners who wanted to participate in this program would go online, complete a simple form acknowledging and agreeing to rules and regulations, and pay a small yearly fee. Those signing up for the program would receive a tag for their dog’s collar and a registration certificate.  Director Coleman seemed interested. However, there were too many other issues on her plate at the time to look into this any further. Maybe it is time to review this concept once again, now with the appointment of a new California State Parks Director, Major General Anthony L. Jackson, USMC (Ret.).

Ms. Goldstein, once again, we applaud your organization’s hard and effective work on behalf of our state parks. In the future, I would hope that your state-parks survey would at the very least include questions about dogs. We would also welcome the opportunity to meet with you, members of your staff, and even Director Jackson, to discuss ways of mobilizing the millions of dog owners in the state and engaging them in your efforts to protect our parks for generations to come.

Resources to use to spread the word

Read the full-length version of this letter here

For decades in the mid 20th century, construction companies dumped their building debris in the Bay west of… Read more.

If you’re not already hooked on Humboldt or haven’t stumbled across Big Foot by the time you get… Read more.

Serenity by the Sea

Many Sonoma County beaches are nominally dog-friendly (leashes are required on them all), but for our paws-to-the-path time, you can’t… Read more.

If the rocky, surf-crashed scenery at Garrapata State Park looks familiar, that’s probably because it resides in your… Read more.

Sand and Sea With Your Dog

When the urge to brush sand out of your dog’s coat becomes irresistible, throw a towel and… Read more.

Bike or Hike to the Beach

It’s all paws out for a daylong adventure on Avila’s Bob Jones Bike Trail. Don’t have a bike?… Read more.