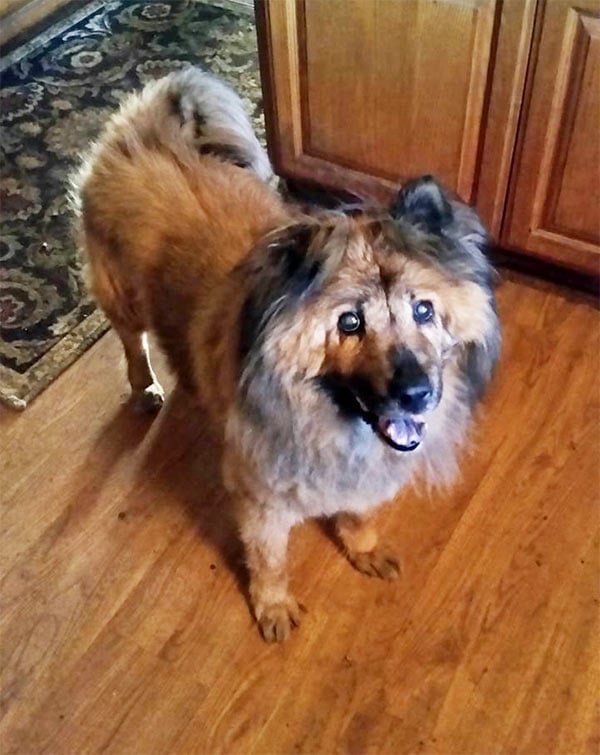 It's just about a year since the call went out to Leave No Paws Behind about one of the worst cruelty cases they'd seen yet: a 12-year-old German shepherd mix girl who'd been deliberately starved by her owner and finally seized by animal control in a Southern California town. Skeletally thin at 21 pounds and almost hairless from neglect, the old dog was near death when Sun Valley-based LNPB came to the rescue, and for some weeks it was touch and go as, too weak to eat, she had to be fed with a tube.

But they named her Hope, and she lived up to her new name. About three months later, she was well enough to go convalesce in foster care, and today she's happy, healthy—and furry—as she spends her golden years getting the love and care she so richly deserves. As founder Toby Wisneski says, "Rescues rescue. Fosters save lives," and the folks in LNPB's wide network of dedicated volunteers, fosters, and supportive veterinarians make it possible for dogs like Hope to enjoy love and safety—often for the first time.

In their work as an all breed, all foster based rescue, LNPB most often cares for senior dogs like Hope, as well as hospice patients. But in their mission to care for animals with special medical needs, sometimes they find a dog like Patrick.

Nobody knows how Patrick got into such horrible shape, but by the time this little 2-year-old miniature poodle landed in the shelter, he was starved, neglected, and in terrible pain from ruptures behind his eyes. Even then, Patrick wanted nothing more than to snuggle and be loved, and LNPB was there to deliver the TLC and the surgery he needed. Now, as he adjusts to a sightless but pain-free life, Patrick's sweet, sunny disposition has served him well, and with the help of LNPB he's found a long life of togetherness with his new adoptive family!

Photo: Hope – Leave No Paws Behind

Marin Humane Society's animal welfare programs have been serving the county's critters and their people since 1907. For… Read more.

Our friends in the shelter and rescue community have been doing some great things over the last year,… Read more.

Here's a photo of soldier Kaylan and her beloved dog Indy in Afghanistan. Today, thanks to Puppy Rescue… Read more.

The good folks at Humane Society Silicon Valley are going all out for Maddie's Pet Adoption Days, with multiple adoption stations. Drop by… Read more.

We've told you before about the dramatic turnaround of the City of Sacramento's Front Street shelter. Once a… Read more.

Oliver Here's Oliver, who's just over three months old. He's currently having a fine old time in his… Read more.