Not All Chocolate Is Created Equal 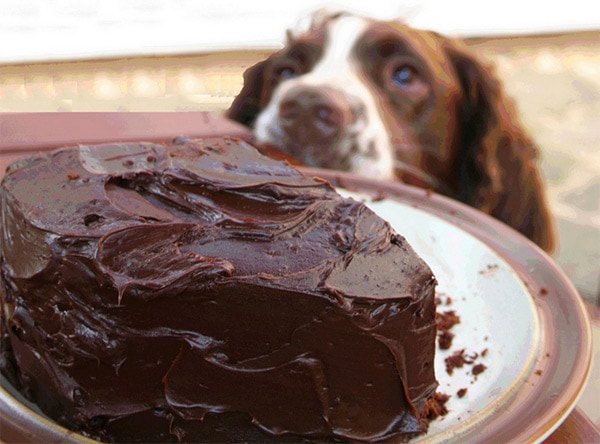 Chocolate is toxic to dogs because of a compound known as theobromine. Theobromine acts similar to caffeine. While it is relatively rare for chocolate toxicity to be fatal, it can cause very serious illness in many dogs.

Symptoms of chocolate ingestion and their severity are linked to how much theobromine is ingested. It can take hours to see symptoms and in some cases they can last days. The most common symptoms are vomiting, diarrhea, elevated heart rate, panting, increased urination, restlessness and sometimes seizures. In dogs with preexisting heart conditions the symptoms and outcomes may be more serious. The reason symptoms can last so long is that theobromine has a long half-life in the body and can take a long time to be fully eliminated.

There are many ways to treat chocolate toxicity that vary widely based on what symptoms the patient is showing as well as where the pet is in the illness progression. Dogs that present right after ingesting chocolate typically have the best chance of avoiding symptoms if they are forced to vomit up the material. Dogs that are experiencing symptoms at the time of presentation will have to be treated based on their current needs. The best way to prevent these issues is to keep chocolate products in a safe place away from your pet's reach.

Rattlesnake Bites and Your Dog

With the holidays swiftly approaching, thoughts of new dog toys fill two- and four-leggers' minds. Now is a… Read more.

Why is My Dog Shakin’ Her Head?

Don't leave me all by myself. By Jeannine Berger, DVM, DACVB, San Francisco SPCA Separation anxiety is a… Read more.