The BLM-managed Sacramento River Rail Trail is an 11-mile, non-motorized trail that was paved in 2010. It has little grade, with with elevations ranging from 577 to 808 feet. It connects to the Sacramento River National Recreation Trail and can be accessed through the Shasta Dam, Matheson and Rock Creek trailheads.

The historic route of the rail trail, which hugs the Sacramento River and Keswick Reservoir, the after bay for Shasta Lake, dates to 1869, when engineers from the Central Pacific Railroad surveyed a route to unite the California and Oregon Pacific  line. They discovered that the Sacramento River had carved a relatively gentle route to its headwaters, where the Sierra Nevada, the Cascades and other mountain ranges converge.

The town of Redding, named after railroad land agent B.B. Redding, was founded during this time. Financial troubles caused construction to stall for a decade, with north of Redding continued in 1883. An estimated 2000 Chinese workers began carving the rail bed out of canyon walls with picks and shovels. Skilled masons were brought from Europe to build stone culverts and walls. The operation was transferred in 1885 to the Southern Pacific Railroad, and by 1888 express trains ran between Portland and Oakland in 38 hours over what came to be known as the Shasta Route, touted as the "Road of 1000 Wonders."

Copper mining soon became a significant industry in the region, with mines served by the railroad. With construction of Shasta Dam, a new mainline was built east of the canyon route. The last through train passed by in 1942, although the track, purchased by the Bureau of Reclamation, was retained as a branch line. It was abandoned in 1980.

The vision of a recreation trail connecting Shasta Dam with Redding came to reality with a partnership between Bureau of Land Management, Bureau of Reclamation, USDA Forest Service, California Dept. of Forestry, Shasta County, City of Redding, and the McConnell Foundation.

GETTING THERE:
• Trailheads are located at Iron Mountain Road (Rock Road junction), Keswick Boat Ramp, and near the OHV staging area west of Shasta Dam.
• Free parking is available at all trailheads.
• Off-highway vehicles share the trail between the gates at Matheson. Please take special precautions when traveling through this area. Motorized vehicles are prohibited beyond this section.
• The only potable water source is located at the USFS Shasta campground near Shasta Dam.
• Restrooms are available at the Keswick Boat Ramp and the trailheads of Copley Mountain and Shasta Dam. 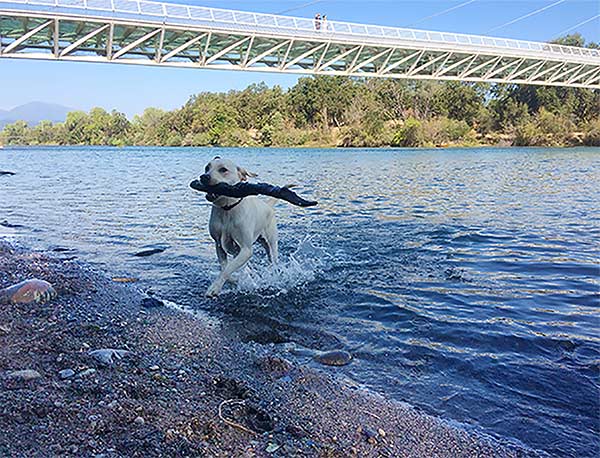 Three Must-See’s For You And Your Dog

Shasta Dam, the second-largest concrete dam in the United States (after Grand Coulee in Washington) is a wonder… Read more. 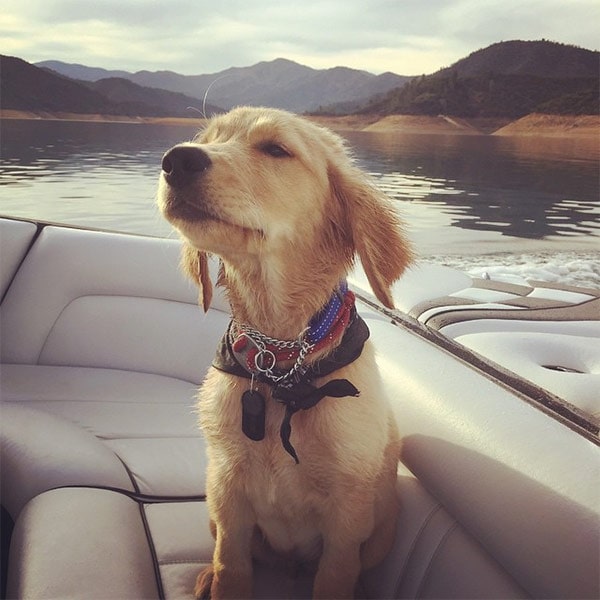 If ever there were a summer to go house-boating, this is it! Shasta Lake—house-boating capital of California and… Read more.

Cool It On A Shasta Cascade Houseboat

Up for a splurge? Shasta Lake, largest reservoir in the state, is known as the houseboat capital of… Read more.

Ruffin' it on lake Shasta. Photo: Houseboats.com If your idea of a truly relaxing vacation is a fresh-air… Read more.

Houseboating on Lake Shasta With Your Dog